Does it matter which month you’re born in?

Based on the results of the 20 lakh students taking the Class XII exams at Tamil Nadu over the last 3 years, it appears that the month you were born in can make a difference of as much as 120 marks out of 1,200 – or 10%! 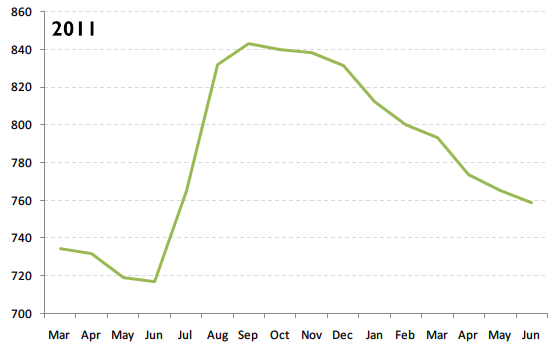 This result is consistent across years. In 2009 and 2010, you see a similar pattern. 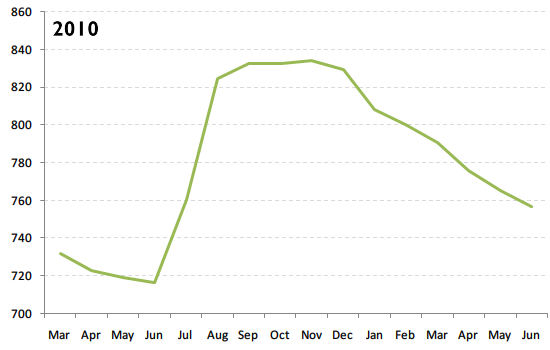 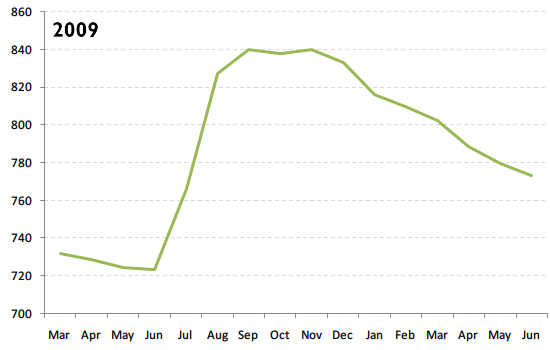 Why could this be?

Outliers opens, for example, by examining why a hugely disproportionate number of professional hockey and soccer players are born in January, February and March.

The answer turns out to be completely unrelated to numerology or astrology.

It’s simply that in Canada the eligibility cutoff for age-class hockey is January 1. A boy who turns ten

on January 2, then, could be playing alongside someone who doesn’t turn ten until the end of the year—and at that age, in preadolescence, a twelve-month gap in age represents an enormous difference in physical maturity.

In Tamil Nadu, students must be 5 years old before entering Class 1. Schools open mid-June. So students born in June 1994 would barely make it in June 1999 – making them the youngest students in the class. July and August students would be missed – but since many schools implement this policy leniently, they sometimes make it in as well. September borns are often consistently the eldest students in a class.

This pattern reflected in the marks. The eldest – the September 1993 borns – score the highest. The next eldest, the October 1993 borns, score a bit less. And so on. (There are older students who take the exam – the ones born before September 1993 – but many of these are failed students from the previous year, introducing a bias in the results.)

Perhaps this initial advantage that the elder students have over their classmates continues through the years? Whatever the reason, it’s clear that if your child is born in September, he or she already has a 100 mark advantage!