Kendriya Vidyalaya Sangathan (KVS) recently crossed the milestone of fifty golden years in their pursuit of providing quality education to children across the country. To commemorate the momentous occasion, they conducted a travelling photo exhibition in Chennai.

Report Bee was privileged to be a part of this exhibition that was conducted at the Briefing Hall, Anna University starting from 21st October 2013. The exhibition was inaugurated by his Excellency, Dr. K. Rosaiah Governor

of Tamil Nadu and was open to the public for ten days. Have a
look at Report Bee’s data visualizations. 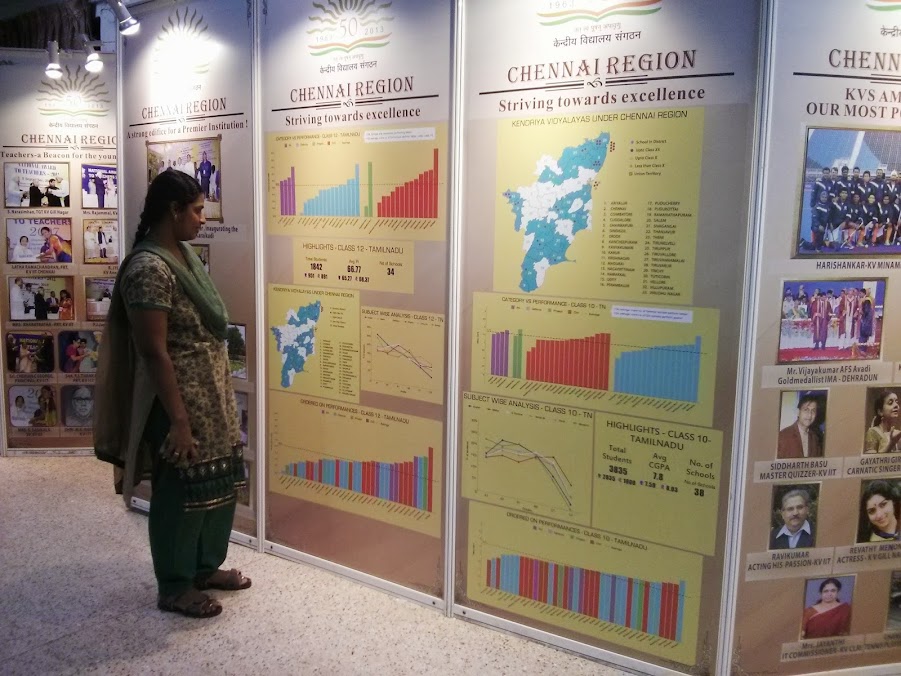 KV schools are distributed throughout the length and breadth of the country. And their history is filled with many success stories. The exhibition showcased their journey from 20 schools to 1093 schools with their new innovative practices in imparting quality education to the children.

KV Sangathan, Chennai has 38 schools in Tamil Nadu and 34 of

them have classes till 12th Standard. Report Bee analysed the performance of all the students across Tamil Nadu and presented them as insightful infographics that shall be understood at a glance.

A quick look at the subject-wise grade distribution reveals interesting insights into how the students’ performance varied within subjects. Almost 27% of students scored A1 in English while it’s a mere 16% in Mathematics. Numerous other similar insights come up as we explore the charts presented below. 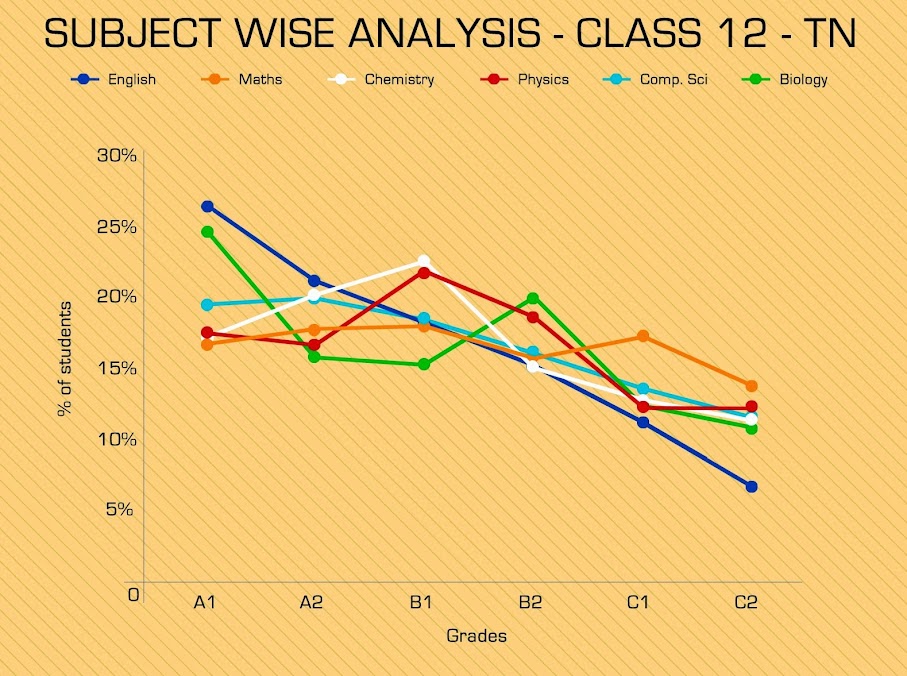 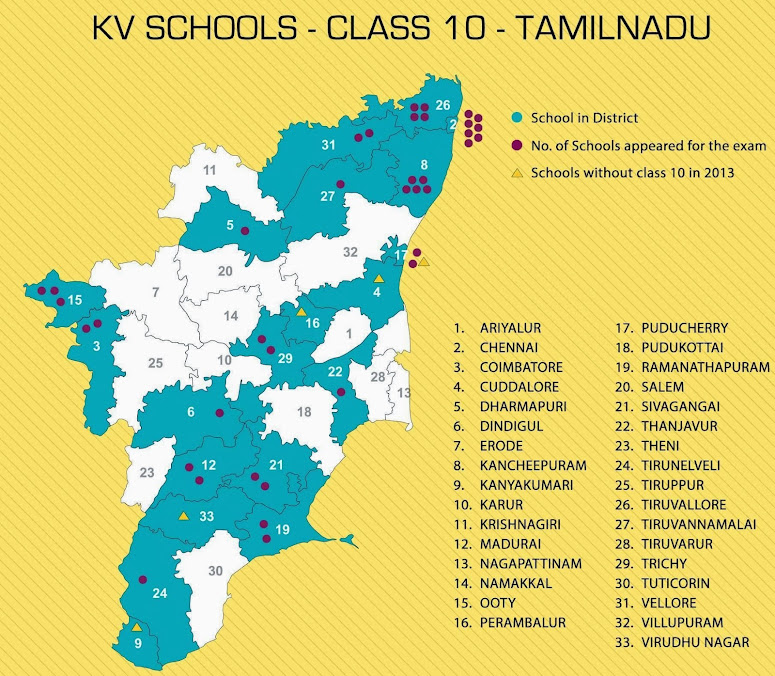 The distribution of KV schools in Tamil Nadu is beautifully captured in the following data visualization.

1. Civil sector which are set up and run by the Human resources development,
2. Defence sector which are located in army cantonments for the wards of Army people,
3. Institutions of higher learning (IHL) which are not concerned with the education up to Senior Secondary level,
4. Project schools that are established in/at different project sites of public sector undertakings.

We analyzed the performance of each category of schools and found that IHL schools consistently performed better in both classes 10 and 12, as expected. One of the surprising finding here, was that the age of the school did not have much of an impact on the students’ performance.

We thank KV Sangathan for giving us an opportunity to work with them and wish them the best in their noble endeavor.